To share your memory on the wall of John Robert Laughland, Sr., sign in using one of the following options:

Provide comfort for the family by sending flowers or planting a tree in memory of John Robert Laughland, Sr.

Provide comfort for the family by sending flowers or planting a tree in memory of John Robert Laughland, Sr.

He had served in the U.S. Navy during the Vietnam Conflict.

He had served in the U.S. Navy during the Vietnam Conflict.

Mr. Laughland had worked as a coal miner and retired as a Mine Superintendent with the Peabody Underground, working at several mine locations during his career in Southern Illinois. He had been a member of the U.M.W.A.

He enjoyed woodworking, watching old movies, and playing with his Dachshunds.

He was preceded in death by two brothers and his parents.

Gravesite services will be held for both John and Lori at 11 a.m. Tuesday, September 29, 2020, at Pleasant Grove Memorial Park with Rev. Charles Allen officiating.Military Services, in honor of John's service to his country, will be conducted by the Paul Stout American Legion Post # 127 of Murphysboro.

Family and friends may meet at the cemetery before the services from 10:30 a.m. to 11 a.m. Tuesday.

So that the family of John and Lori know of your donation, please bring it with you to the gravesite services, bring or mail it to the funeral home, or give it to the family. A lot of times if you directly send it in to the organization, the family is not a where of your gift for a couple of weeks.

Receive notifications about information and event scheduling for John Robert

Donations are being accepted for: Wounded Warrior Project.

We encourage you to share your most beloved memories of John Robert here, so that the family and other loved ones can always see it. You can upload cherished photographs, or share your favorite stories, and can even comment on those shared by others.

Posted Sep 25, 2020 at 12:49pm
Uncle John was always considered "The cool Uncle" to my brother Chris & I. I'll always remember his corvette he had and when I was 12 he said I could have it one day. That made my Dad very nervous! :) He will truly be missed and he was loved by so many, as well as his wife Lori. You all will be in my thoughts during this difficult time.
Comment Share
Share via:
JL

Posted Sep 25, 2020 at 11:40am
We are truly sorry to hear the loss of our Uncle & Brother-In-Law, John. We send our deepest sympathy to you all during this difficult time.

Posted Sep 25, 2020 at 08:54am
My condolences I will always remember you Uncle John I will tell your sister Niña Long love always
Comment Share
Share via:
MC 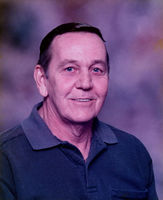 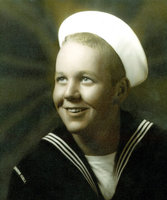 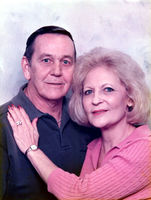